You are her: Archäologischer Park Xanten > Archaeological Park > Themed Pavilions > Window into the ground

A window into the ground

A window into the ground 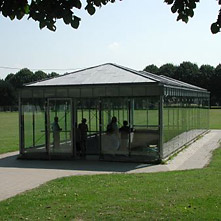 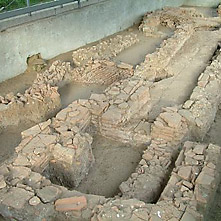 Dating back to the second and third centuries, the now exposed brick foundations are the remains of various typical construction phases found during excavations in the Roman city. It is not always easy for the archaeologists to date such partly overlapping foundations and correlate them correctly. At the same time, however, the sequence of building phases also provides interesting insights into the city's development..

The new APX building project alongside reveals just how the entire building may have looked in Roman times: since May 2007, three complete houses are being reconstructed in their entirety here.