You are her: Archäologischer Park Xanten > LVR-RömerMuseum > Exhibition

Xanten's almost 400-year-long Roman history is like a book with many chapters. The LVR-RömerMuseum tells this story in an exciting exhibition.

Inside and out: Exciting architecture to be explored.

The exhibition has a chronological structure. A modern tour takes you through Xanten's long and eventful Roman history. Exhibits that may be touched and tried out, different media, audio plays and many offerings for children give young and old insights into Roman life.

On the following pages, we would like to give you a foretaste of the story told by the exhibition. 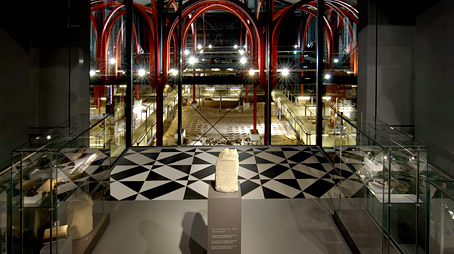 We hope not to promise too much: You have never seen the world of the Romans like this before!

The beginnings – Ashlars and "traces" 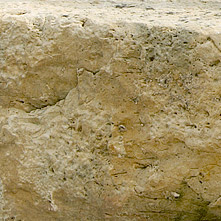 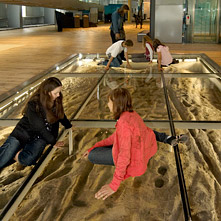 People leave traces. Very interesting ones are waiting to be discovered here.

The exhibition experience starts already in front of the museum where several Roman ashlars, blocks weighing several tons, give a first idea of the masses of stones the Roman transported to the Lower Rhine.

Behind the vestibule, the basilica becomes visible in its full length. In the entrance hall, a 30 square metres large glass-covered floor area shows antique imprints of feet, paws and carts. They set the tone for what the Roman Museum is all about: people and their traces in history. 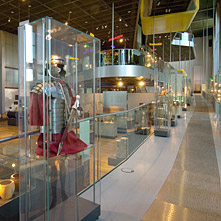 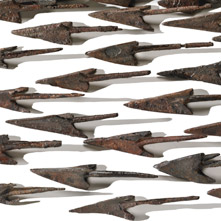 The Roman legions left numerous traces in the region.

The first part of the tour shows the conditions prevailing when the Roman army first arrived in the Rhine region. It centres on the presentation of a "Wohnstallhaus" building combining living quarters and stables. In addition, an attractive panoramic image provides a view of the Lower Rhine area's landscape at that time.

Visitors reach the back part of the ground floor through a cabinet showing the invasion of the legions. A column formed of legionnaire's helmets stands for the ten thousand soldiers whose deployment was a major turning point in Xanten's history. The exhibition shows where the soldiers came from, how their camps were set up and what it meant to be a "Roman" on the edge of the empire.

The ramp rising from the back of the ground floor illustrates the events after the suicide of Emperor Nero which resulted in the destruction of the legion's camp and the civilian settlement. At the same time, the ramp takes visitors through the most important collection of weapons and equipment of the Roman army, including the best preserved piece of antique artillery. 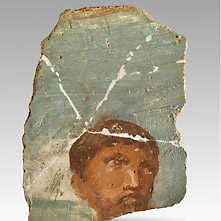 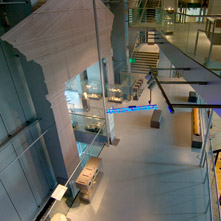 The Roman city: Its origin, importance and life.

What follows is the actual heart of the exhibition: The history of the Roman city. Here, visitors learn about the important promotion to Colonia status and the tremendous achievements in the construction of the city's major buildings. In addition to an eight metre long and four metre high mural painting, the tour features numerous finds from the Colonia which could never before be shown in Xanten. They illustrate the daily life of the Romans, their crafts and trades as well as the economic importance of the city. Another archaeological highlight is a Roman ship that floats in the air between two levels. 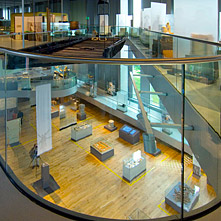 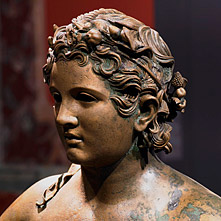 Then, the exhibition dives even deeper into the life of the Romans. A forum full of tombstones and votive stones from many European countries provides a modern portrayal of individual lives. They visualise the cultural roots, family background, military careers, civilian professions and religions in Colonia Ulpia Traiana. 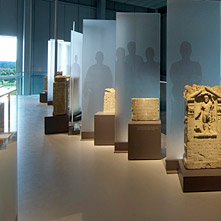 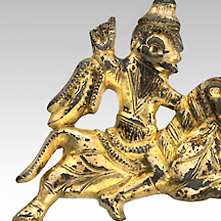 The end, a new start: From the Romans to the Franks.

Another ramp takes visitors to a cabinet that documents the city's destruction and reconstruction in late antiquity.

The last big exhibition platform explains what happened after the Romans had left Xanten. It centres on the Frankish cemetery under the cathedral to which medieval Xanten owes its origin. Four selected Frankish graves illustrate the Germanic culture, Roman traditions and continued links to the Mediterranean.

The last big exhibition platform explains what happened after the Romans had left Xanten. It centres on the Frankish cemetery under the cathedral to which medieval Xanten owes its origin. Four selected Frankish graves illustrate the Germanic culture, Roman traditions and continued links to the Mediterranean.

Gain more insights into the LVR-RömerMuseum 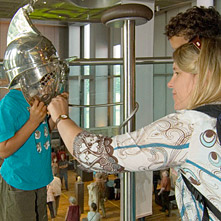 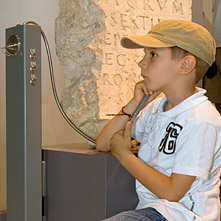 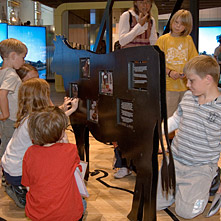 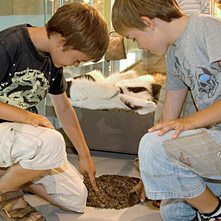 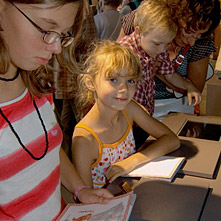 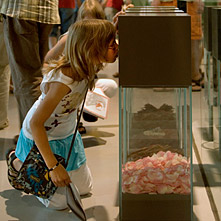 Tours – check them out!

The best way to see the LVR Roman Museum is, of course, to go there. But here you can find photos showing its construction, from turning the first sod to completing the exhibitions. more

Informative and entertaining guided tours offer many and varied opportunities to learn more about life in Roman times. more