Shortly after the settlement was granted the rights of a colony (Colonia), work started on construction of the city wall – a symbol of Roman power and civilisation on the Germanic provincial border.

Representative and defensive at the same time: the Colonia's city wall.

Erection of the city wall was the biggest building project in the still young Colonia: the wall was over six metres high and enclosed the entire city over a length of 3.4 kilometres. It had 22 towers and three large gates where the main roads led into the city.

The city wall: A demonstration of Roman power and culture

While excavating the wall on the eastern side of the city, it was found that the foundations were built in different ways depending on the underlying soil conditions. In the northern part, the foundation was built on oak posts. Analysis of the annual rings showed that the oaks had been felled in the winter of AD 105/106. A section of the wall has been reconstructed and can be walked on. The materials and building practice used for the reconstructed city wall are the same as those of the original Roman wall.

The wall towers have also been reconstructed. Three of these towers have a gate through which people and carts could enter the city from the harbour side. One of these gate towers now serves as the entrance to the Archaeological Park. 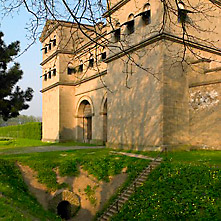 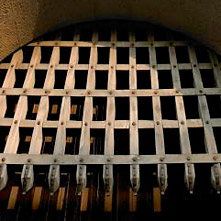 The large gate in the northern city wall is a three-storey edifice with two mighty towers. Steep wooden steps lead up to the heavy portcullises and past them, to the very top. The open platform atop the gate affords a panoramic view of the Park.

The Burginatium Gate also reveals several things on – or more accurately under – the ground. One of the main sewers of the city's sewer system ran through between the foundations here. A thirty metre long underground section of this masonry sewer has been reconstructed and is now open to the public.